Wiltshire Air Ambulance targeted by a laser while flying

On the evening of Thursday 20 February 2020 our Bell 429 helicopter was subjected to a laser attack resulting in an aborted landing.

The incident, which occurred at about 7.30pm, happened as the crew were carrying out a training flight and were preparing to land at one of our designated landing sites at Hardenhuish School, Chippenham.

A very bright green laser was shone at our helicopter and the crew had to take evasive action and the landing was aborted.

Unfortunately, the person with the laser continued to shine it at our helicopter as we departed the area.

It is believed the laser was being pointed from the vicinity of Ladyfield Road, Lackham Circus or Stockwood Road, Chippenham. 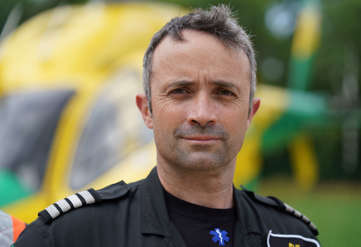 Our chief pilot Matt Wilcock was piloting the helicopter and said: “Shining a laser at an aircraft is exceptionally irresponsible and dangerous. It can damage our eyes which could then potentially place the aircraft at risk because we would be unable to see.

“This incident happened while we were undertaking a training flight, but had we been responding to a medical emergency then we would not have been able to land and give critical care.

“Whoever it was who shone the laser at our aircraft needs to understand the potentially catastrophic effect their actions could have had. We could have been tasked to attend their family member or friend and we wouldn’t have been able to deliver our lifesaving skills.”

The crew returned to our airbase at Semington, near Melksham, following the incident where they had an eye test which confirmed they were fit to continue their shift.

Chief executive David Philpott: “The laser attack on our helicopter is shocking. As well as endangering our crew onboard and our helicopter, this could have impacted on our ability to respond to a life-threatening emergency.”

Shining a laser at an aircraft is a criminal offence. It carries an unlimited fine and up to five years in prison.

Wiltshire Police is investigating the incident. If you have any information please contact them by calling 101. 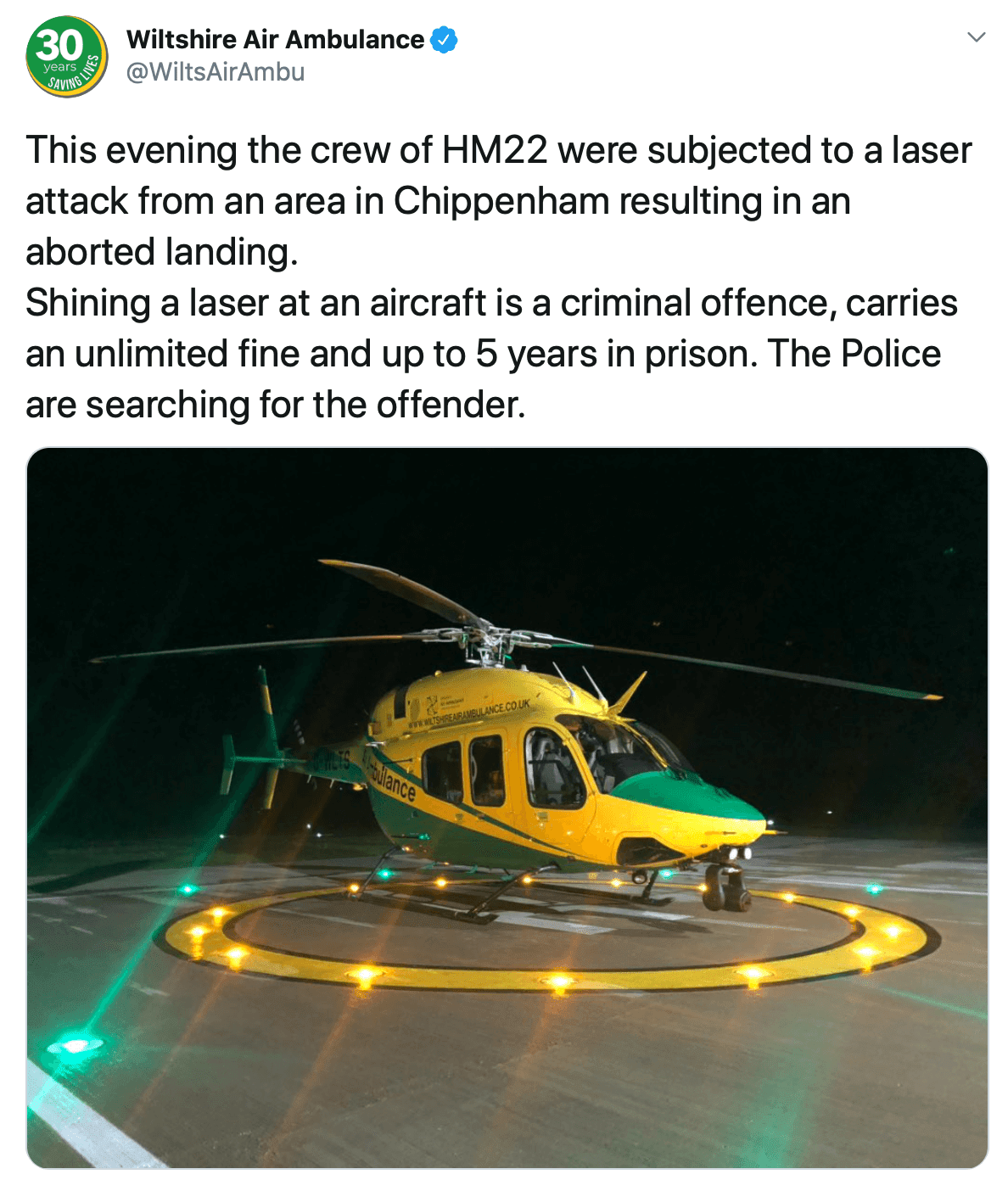