Wiltshire Air Ambulance’s work during the Coronavirus pandemic has been shortlisted for three local awards across Wiltshire and Bath.

Our charity has been nominated for The Health Care Team Award at the Swindon and Wiltshire Health and Social Care Awards.

Organised by local newspapers the Swindon Advertiser, Wiltshire Times and Gazette & Herald, our team’s response to the pandemic has caught the eye of the judges.

The winner will be named live on Facebook on 27 May.

Meanwhile, our newly qualified critical care paramedic Adam Khan has been shortlisted for the 999 Award in the South Wiltshire Hero Awards.

Adam managed to complete his studies to achieve Special Paramedic in Critical Care status in just 18 months, a record for the charity. Adam worked tirelessly on the front line alongside his aircrew colleagues while completing his qualifications, making his speedy achievements all the more impressive.

You can read more about Adam’s achievements here. He will find out if he has won the award on 8 June, also live on Facebook.

Wiltshire Air Ambulance has also been shortlisted for the Charity of the Year category at the prestigious Bath Life Awards.

We are called to Bath more than any other air ambulance resource, carrying out our lifesaving work in the city 166 times during 2020 (at least three times a week).

We have been shortlisted alongside 12 other charities and the winner will be announced at an awards night at Bath Assembly Rooms on 9 September.

Wiltshire Air Ambulance chief executive David Philpott said: “We are very proud of our team and it’s humbling when our work on the front line is rewarded with nominations for awards like the three we’ve received this year.”

In 2020 we were named Team of the Year by The Bath and Wiltshire Business Exchange. 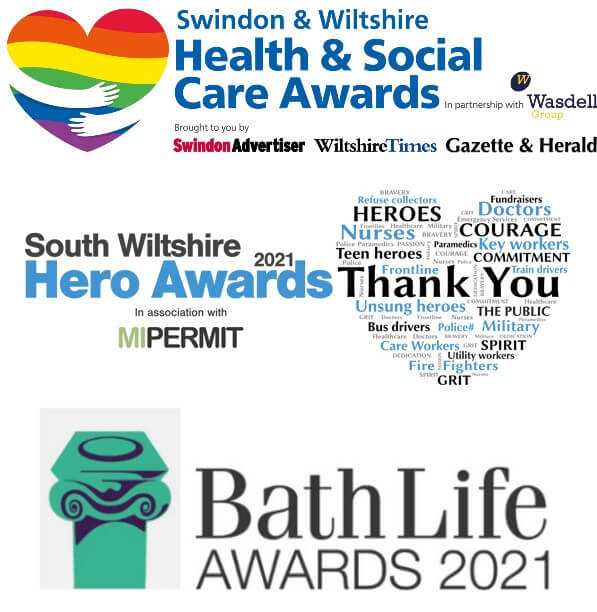