Wiltshire Air Ambulance has enhanced its clinical delivery by increasing the number of pre-hospital consultant (doctors) shifts on its rota.

The charity’s aircrew will be strengthened by three hospital doctors initially, some of whom had previously offered themselves for ad-hoc voluntary shifts for a number of years.

The doctors – Maria Smith, Rosie Furse and Reuben Cooper – will continue to bring their valuable skills and experience to enhance our lifesaving service. A fourth doctor, Beth Barton, will be joining early in 2022.

“The doctors offer consultant level experience and care to the critically unwell patients we treat as a service, elevating our delivery further than ever before.

“We will be able to anaesthetise critical patients to protect the airway, manage ventilation and provide neurological protection. This allows us to convey certain patients direct to specialist hospitals whereas previously in some instances we may have had to go to the nearest hospital for them to be stabilised first.

“The doctors are also able to prescribe a whole range of medication to treat a wider scope of conditions without restrictions and have additional analgesic options such as fentanyl and intranasal pain relief for children.”

He added: “In addition to the patient-facing benefits, they offer senior level training to the team of critical care paramedics and access to hospital-based training opportunities as well.”

Wiltshire Air Ambulance also announced its income target has risen from £3.75 million a year to £4 million from the 2021-22 financial year onwards. 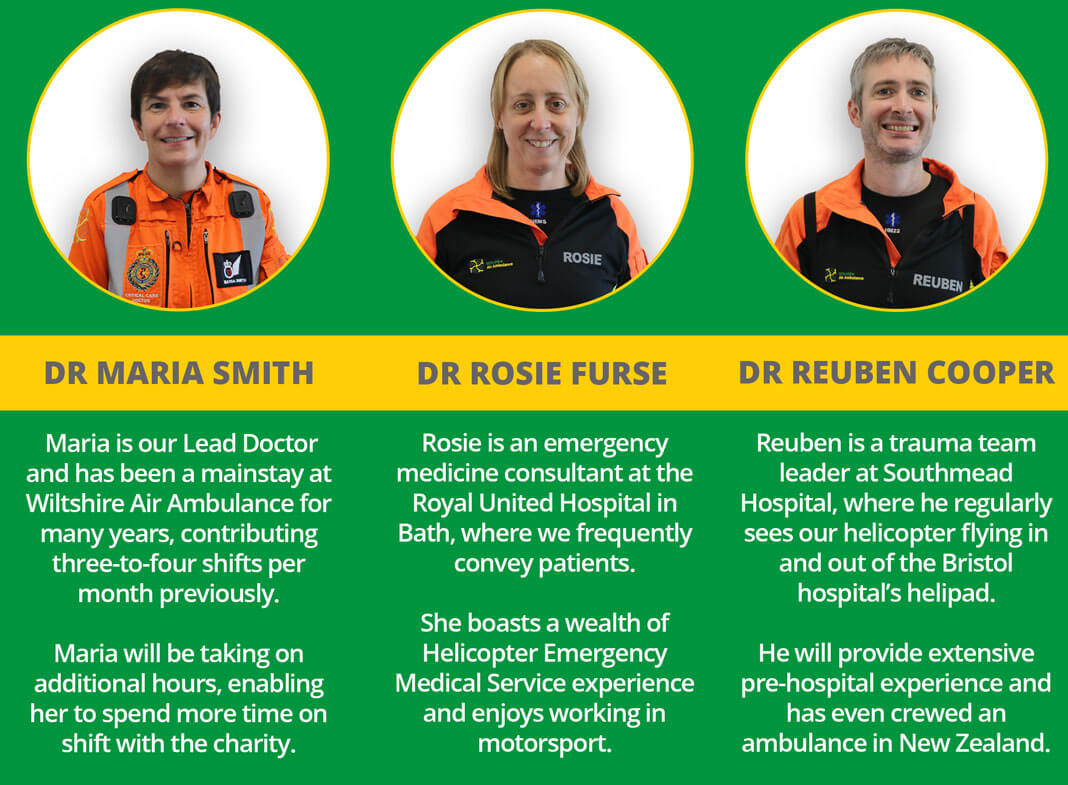 Back to News
Related News
Sir Cliff Richard supports our Big Give Campaign!
Rare images of our helicopter stripped back
Help Wiltshire Air Ambulance and double your donation
Skip a coffee today
For the price of a coffee you could help keep us flying and saving lives!
Copyright © 2021 Wiltshire Air Ambulance. All rights reserved
HOME