Swindon Town Football Club are aiming to raise £12,000 for Wiltshire Air Ambulance to “kit out” our lifesaving aircrew.

The League Two club have chosen us as their Charity of the Year partners for a sixth successive year and will be looking to raise vital funds during the 2022/23 season, which kicks off on Saturday (30 July) with an away match at Harrogate Town.

In the past the Robins have helped raise vital funds to fit out a Rapid Response Vehicle, as well as the clinical training for critical care paramedic Keith Mills.

For the forthcoming campaign the club will be aiming to raise £12,000 to fund new orange flight suits for our critical care paramedics and doctors.

Goalkeeper Lewis Ward recently visited the charity’s airbase in Semington, near Trowbridge, for a tour of the facilities and to meet the aircrew.

The 25-year-old shot-stopper also got the chance to pull on a flight suit and step aboard the helicopter – albeit staying on the ground – to get a sense of what it is like to be a critical care paramedic.

He said: “It was fantastic to be given the opportunity to see behind the scenes at the charity, learning about their lifesaving work which provides such an essential service to the local community.

“It’s great the club has partnered with Wiltshire Air Ambulance again and we’ll be looking to support them with fundraising throughout the season.” 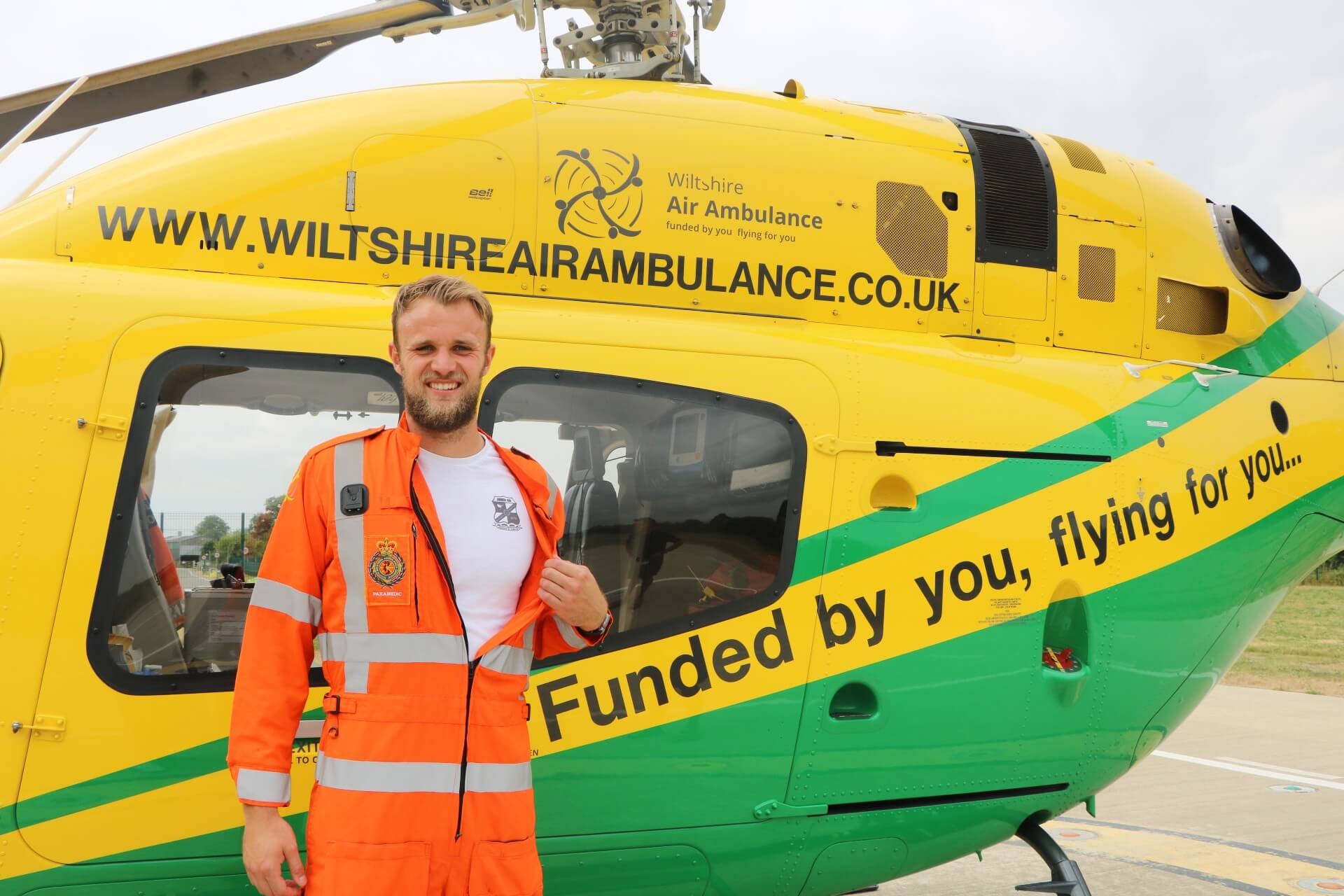 “Throughout the season we will be looking to engage with the club and its supporters for some exciting fundraising events, while on the pitch we will be cheering the team on for what everyone hopes will be a memorable campaign.”

Swindon Town head of commercial Danny Lee said: “We are extremely delighted to continue this relationship with Wiltshire Air Ambulance. They are a fantastic charity who do so much good work in the community and we are looking forward to working with them again.”

Wiltshire Air Ambulance is operational up to 19 hours a day, 365 days a year in Wiltshire, Bath and surrounding areas. Last year we were called to 1,104 incidents, including 206 in the Swindon area (18.6% of all missions).