Air Ambulances UK, Rotary in Great Britain and Ireland and Raffolux, the online raffle company, have partnered to launch a new national prize draw called the ‘Every Second Counts Raffle’, where people can enter to win a luxury car while supporting the lifesaving work of their local air ambulance charity.

The funds raised will help air ambulance charities right across the UK to make even more lifesaving missions to people with a sudden life-threatening injury or medical emergency; essentially bringing the A&E department to the patient when every second counts towards survival.

The launch of the prize draw is part of the build up to next month’s Air Ambulance Week (6th-12th September), the annual week dedicated to raising awareness and funds for the lifesaving work of air ambulance charities. The week highlights that every second counts and every penny matters when saving the lives of people like Madi who was just two-and-a-half years old when she was critically injured after being kicked in the face by a passing horse last year on a socially distanced walk with her family in Surrey. Air Ambulance Kent Surrey Sussex (KSS) flew to the scene to rapidly deliver lifesaving pre-hospital care to Madi.

Madi’s mum Jen: “I don’t remember at what point the air ambulance landed, but I remember feeling a huge sense of relief that Madi was in the best hands. The crew spent about 20 minutes on scene assessing Madi’s injuries and deciding what immediate care she needed. Then they moved Madi and her daddy to the helicopter and flew them to St George’s, arriving 12 minutes later.

“Sadly, Madi suffered a number of facial fractures and damage to her right eye. She’s had four surgeries over the past year and still has a long road ahead, but I’m so pleased to say she is recovering really well. 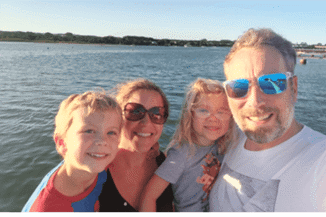 “KSS provide lifesaving specialist critical care at the roadside and have saved thousands of lives like Madi’s. They were there for me and my family at a time when we so urgently needed help, and for that we’ll be forever thankful.”

To help your local air ambulance charity save more people like Madi, you can enter the Every Second Counts prize draw by entering here, where you will also find full terms and conditions.

Simmy Akhtar, CEO of Air Ambulances UK: “Every second counts and every penny matters when saving the lives of people with a life-threatening injury or medical emergency every day across the UK. So this is a great way for people all over the country to support air ambulance charities, while also being in with the chance of winning a fantastic prize.”