Hello everyone, my name is Alice. On Friday 8th January 2016 at 8.25am my life took a bit of a strange turn when I was involved in a car accident. I suffered life-threatening injuries and Wiltshire Air Ambulance saved my life.


"I was living in Cirencester at the time, aged 26, and it happened at Westonbirt when I was driving to work in Sherston, near Malmesbury.

It was a cold morning but the sun was out. I went round a corner and all of a sudden my car hit black ice and I had a head on collision with an oncoming vehicle.

The airbag went off, but consequently it broke my wrist. I also knew I had multiple breakages in my legs. The other driver was stable and made the necessary calls. One by one the police, paramedics, fire brigade and Wiltshire Air Ambulance turned up; paramedics to control the pain, the fire brigade to rip the car away and the air ambulance to get me out of the car to hospital before too much blood was lost. 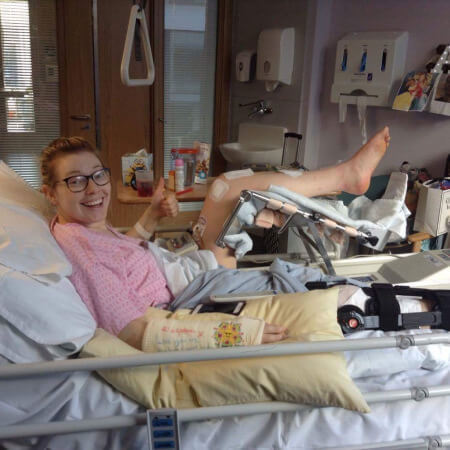 After giving me strong pain relief and securing my broken limbs, the air ambulance flew me to Southmead Hospital, a major trauma centre, in Bristol within ten minutes.

From the waist down I was badly injured, suffering lots of breaks and fractures. I was told that I potentially might not walk again and my right leg might have to be amputated.

At Southmead I underwent nearly ten hours of surgery and thankfully I came out in one piece, with metal in my right wrist, pelvis, both femurs, right knee and both tibula/fibia bones.

I was in Southmead for just under three weeks and then I was transferred to the William Harvey Hospital, Kent, to be nearer to my family. I continued my rehabhere and a month after my accident I took my first steps at walking.

After seven weeks I finally went home to London and after physiotherapy and rehabilitation my life is back on track.

I have a job as a personal assistant for a travel and PR company in Covent Garden, London. I am walking, swimming and going to the gym. I even managed to run on the treadmill for the first time since my accident. I used to be sporty taking part in running, hockey and swimming so being able to run again, there are no words - just bursts of adrenaline!

I was very lucky to have been rescued by Wiltshire Air Ambulance. They are such an amazing team.

I visited their airbase in Devizes and met Captain George Lawrence, the pilot who airlifted me to Southmead, and staff in the charity team. It was amazing and emotional to meet them. 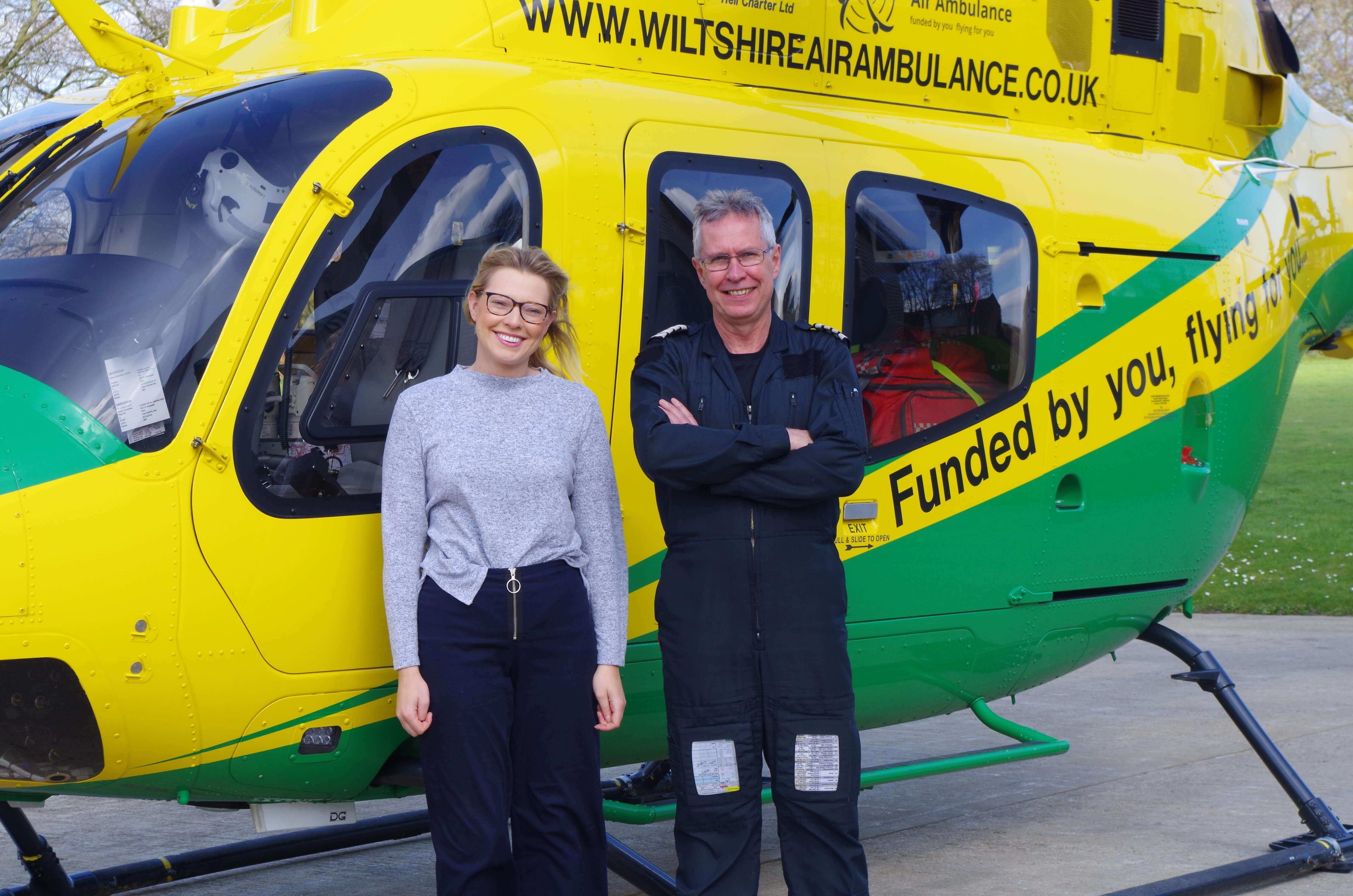 What happened to me was a difficult time in my life, but I chose to accept what had happened the moment it happened and to do all that I could to help myself get better.

I was so honoured to be asked to speak about my experience at a fundraising event for Wiltshire Air Ambulance at Casterley Barn, Wiltshire, in October 2017."

Three years after being seriously injured and airlifted by Wiltshire Air Ambulance, Alice is taking on the Three Peaks Challenge for our charity. You can support Alice by donating to her JustGiving page here: https://www.justgiving.com/fundraising/alice-berry5

"What happened to me was a difficult time in my life, but I chose to accept what had happened the moment it happened and to do all that I could to help myself get better.

I have tackled personal struggles and hurdles and feel I will continue to do so. I have written a blog – www.breakingbones.org – and I hope that blogging about my experience will help and support others who have suffered a similar trauma."