Suzanna Hext was just beginning her career as an international event horse rider when a riding accident caused life-changing injuries.

Suzanna was injured after a young horse she was riding reared over and landed on top of her. 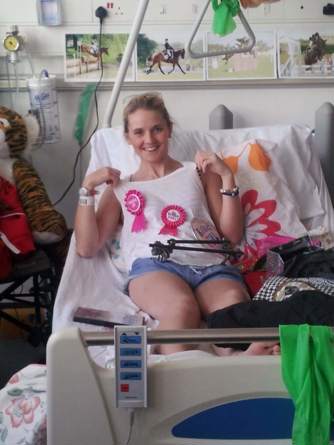 Due to the seriousness of her injuries Wiltshire Air Ambulance was called and airlifted Suzanna to the John Radcliffe Hospital, Oxford, quickly in order for her to receive specialist care.

The accident happened on 26 July 2012 in Marston Meysey, north Wiltshire, and Suzanna, who at the time was aged 23, suffered serious spinal, pelvic and head injuries.

She spent two years in and out of hospital and underwent numerous operations.

Her goal was to get back in the saddle and compete and she has gone on to win national and international titles in Para Dressage, including three gold medals for Team GB at the European Para Dressage championships in 2017.

As well as her success in riding, Suzanna has also made a name for herself in Para Swimming.

Suzanna, of Cirencester, swam as part of her rehabilitation and in 2019 she took up the sport competitively. Just eight months later she won a silver medal in the 50m freestyle and a bronze medal in the 100m freestyle at the World Para Swimming Championships at the London Aquatics Centre. 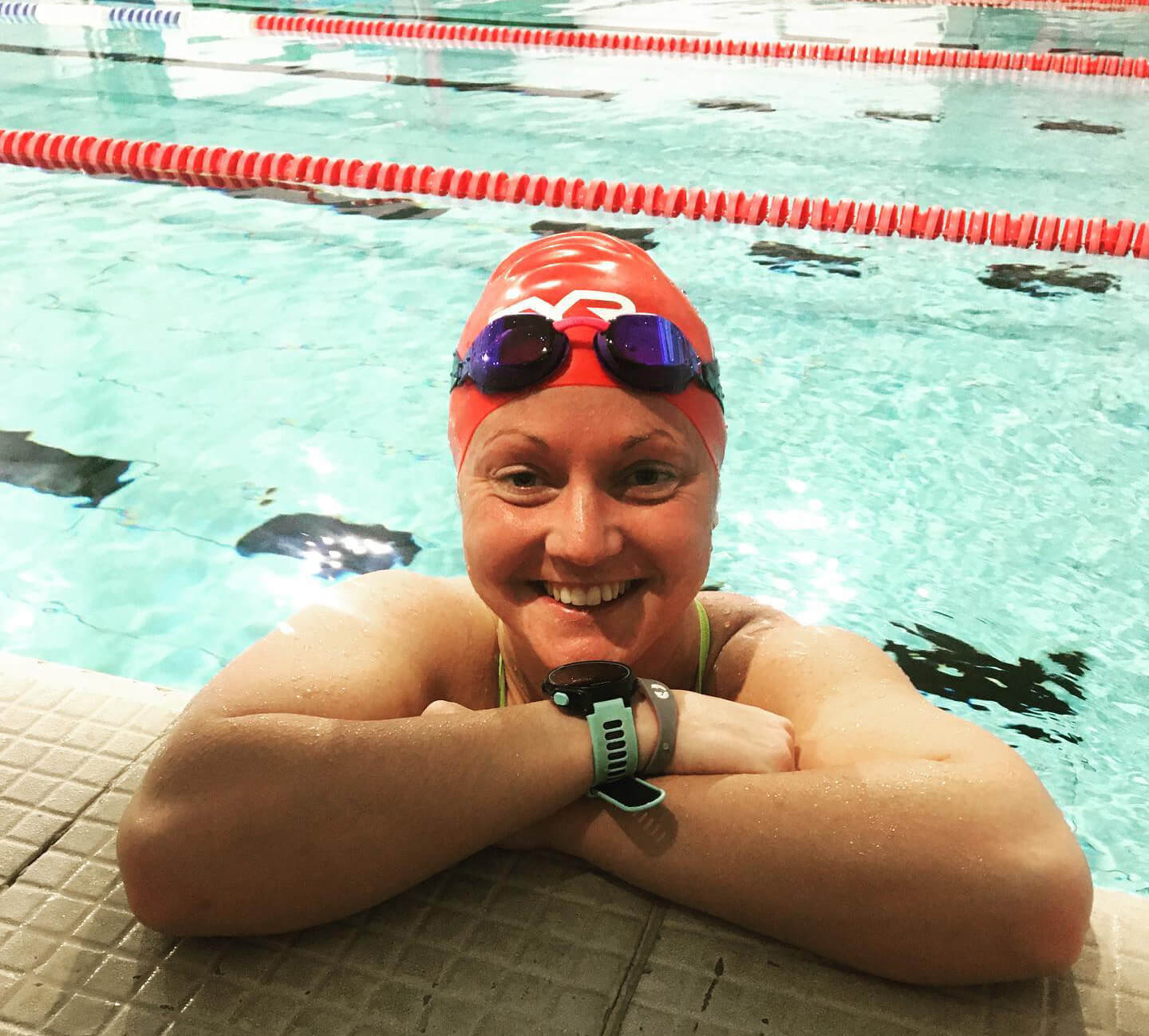 Suzanna in the swimming pool.

When she is not training with the GB squad in Manchester she does so at the Link Centre swimming pool in Swindon.

She said she is thrilled at her achievements in swimming

“I pinch myself at how far I have come in swimming,” she said.

“When I was in hospital recovering from my accident it was during the London 2012 Olympics and I watched the swimming on the TV. For me to have swam in the same pool is incredible. It’s an amazing venue and produces a great atmosphere.”

As well as her determination and positive attitude, Suzanna credits her return to sport to everyone who supports her.

She said: “I’ve had a huge amount of support from so many people and team work really does make the dream work.

“Although I would have my old body back in a flash, I can hand on heart say I’ve had some of the best days of my life since my accident. I love what I do now, both in the swimming pool and the saddle, the friends and family I have around me, the inspirational people I’ve met along the way, my support network. 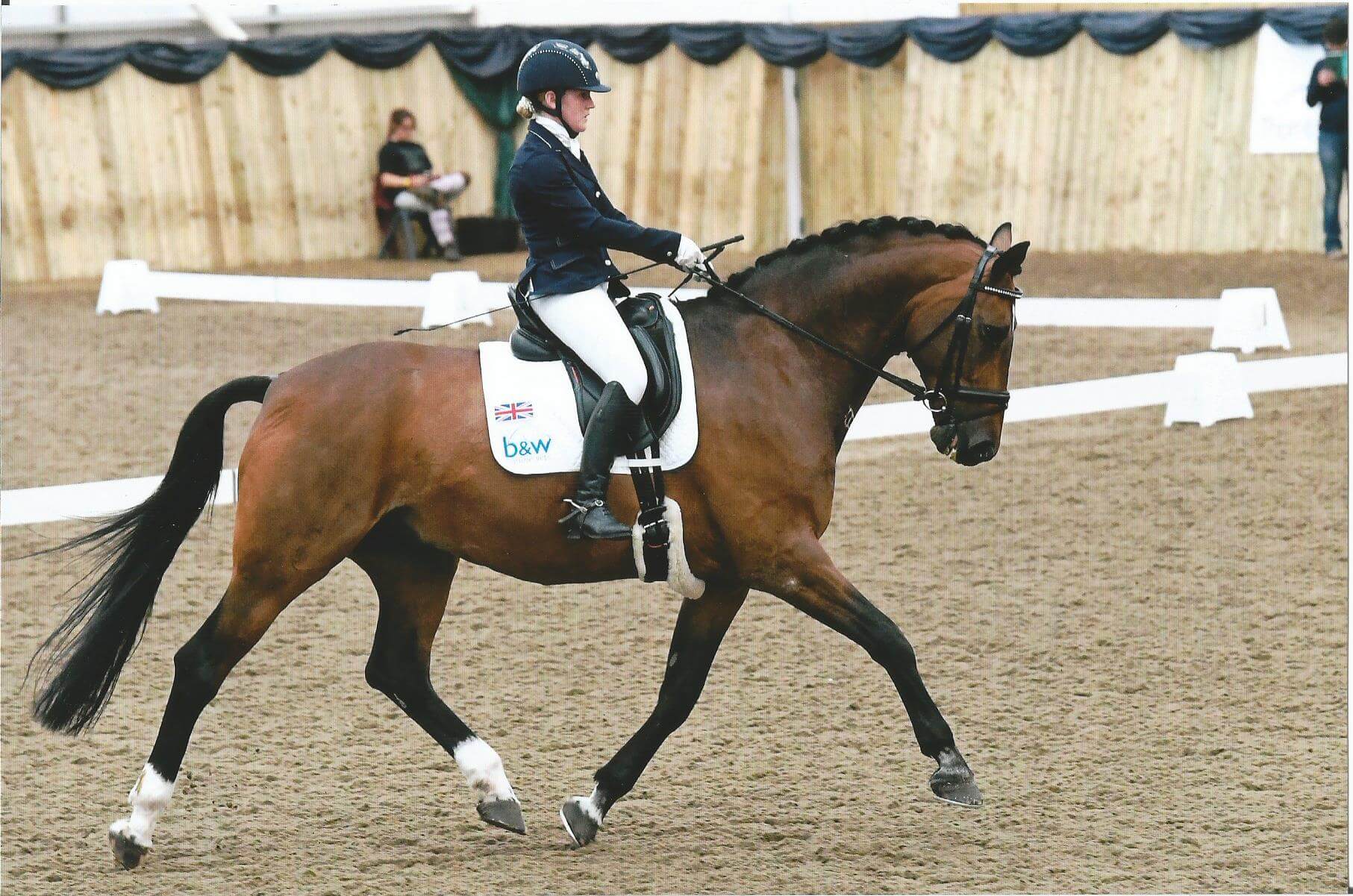 Back in the saddle and competing in Para Dressage - Suzanna on Abira.

“My accident taught me so much about myself and has completely changed my sense of perspective on life. I treasure and embrace every moment that bit more.

“In years to come I want to be able to look back with no regrets, that I’d given life everything and made the most of every opportunity that’s come my way. This is something my accident has taught me.”

Suzanna is an Ambassador with Wiltshire Air Ambulance which involves her raising awareness and promoting the charity.

She said: “The whole team at Wiltshire Air Ambulance are phenomenal and they are just so humble, professional, kind, supportive and outstanding at their jobs.

“It is a vital service that we couldn’t do without, especially in rural locations where I had my horse riding accident.

“Because of the severity of my injuries I needed the quickest response and Wiltshire Air Ambulance provided that. If they hadn’t got me to hospital quickly, the outcome could have been different.

“I am extremely lucky Wiltshire Air Ambulance rescued me in my hour of need.”