The airbase is temporarily closed to the general public. Call 01225 300536 or email hello@wiltshireairambulance.co.uk to contact the charity team. Our aircrew remain operational. X
Call us for more info 01225 300536

Carol Gray never expected to need the services of Wiltshire Air Ambulance, but that is exactly what happened when she suffered serious injuries in a road traffic collision.


Carol Gray pictured with her sons Mike and Jonny.

The specialist skills of the charity’s paramedics and the speed of the helicopter in airlifting Carol to a major trauma centre were crucial after Carol suffered life-threatening injuries in a road traffic collision on 21 February 2013.

Carol’s car collided with a lorry on the A420 near the Biddestone crossroads in north Wiltshire as she was driving home to Melksham after visiting her parents in Sherston. 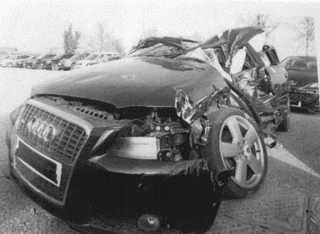 Carol was cut free from her car (pictured right) by firefighters. A woman who stopped at the scene held Carol’s head until paramedics arrived. Wiltshire Air Ambulance paramedics treated Carol at the scene before the helicopter flew her to Frenchay Hospital, Bristol, in six minutes.

Carol, who at the time was 58, broke her neck, pelvis, four ribs and had extensive soft tissue damage to her legs.

She underwent emergency surgery on her neck and three bones were fused together with a metal plate and pins.

Carol said: “The doctors didn’t know if I would be paralysed from the neck down or just my legs would be affected. My family were warned that I could die or be paralysed.

“When I was wheeled back from the operation my partner, Nick, said he had never been so pleased to see me kicking out with my legs and moving my arms!”

Carol was in hospital for 11 days and when she returned home she used crutches and a zimmer frame. She also wore a neck collar 24/7.

Carol was determined that she would walk unaided and would no longer need the neck collar for her eldest son’s wedding, which was four months away.

“That was my target and I achieved it,” she said. “It was emotional being there and seeing him getting married,” she said.

Carol also returned to work as a cashier at the petrol station at Sainsbury’s, Melksham.

The injury to Carol’s neck has been life changing as she has lost 50% movement in it, but she adapts to situations and is just so grateful that she is alive and able to be independent. 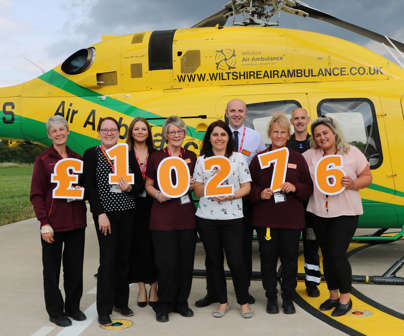 She said: “My neck affects me every day and every aspect of my life is different. I can’t look downwards for long periods of time because it hurts my neck and I have to find a way of doing things that for most people are simple, such as cleaning the bath or retrieving clothes that are caught at the bottom of the washing machine.”

Carol’s experience led to her colleagues at Sainsbury’s, Melksham, and customers of the supermarket to choose to raise money for Wiltshire Air Ambulance during a year-long campaign and they achieved a fantastic total of £10,276.

Carol, her partner Nick and members of their family visited Wiltshire Air Ambulance’s airbase in Semington in 2019 and met critical care paramedic Richard Miller, who was one of the crew who attended Carol.

Carol, of Melksham, said: “Meeting Richard was so special and learning about how the paramedics, pilots and charity team work together was fascinating. The crew are highly skilled and the equipment they use and the training they undergo is so impressive.

“I’m just so, so grateful for everything they did for me. Had it not been for Wiltshire Air Ambulance I wouldn’t have seen my grandchildren grow up.“ 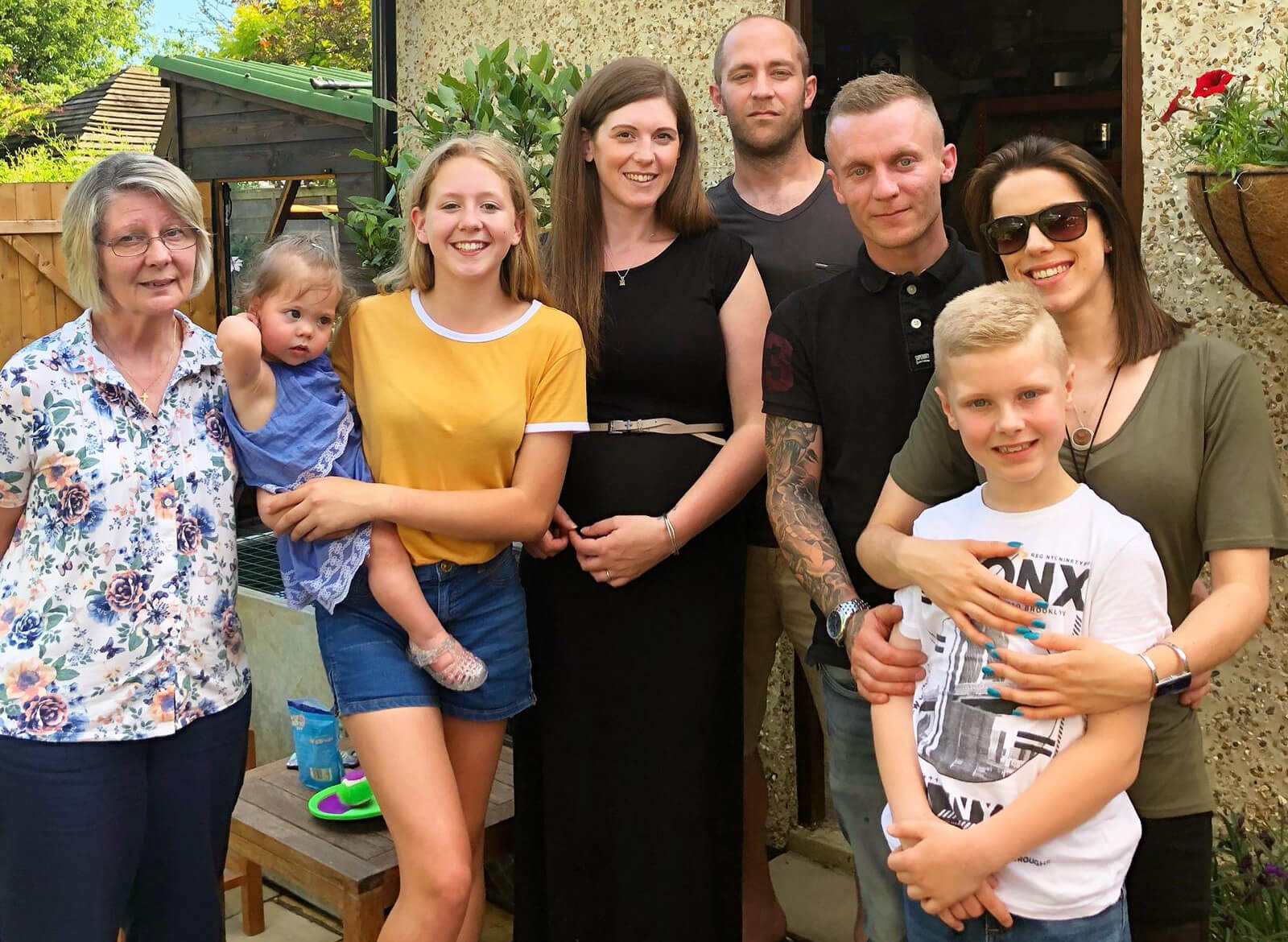 Carol Gray (far left) with members of her family.

Carol was a supporter of Wiltshire Air Ambulance before her accident. She began playing the charity’s Lottery in 2010. The Lottery, along with its associated Superdraw, form a key income stream for the charity, which relies on donations to provide its lifesaving service.

Carol added: “My family and I do what we can to support Wiltshire Air Ambulance, it needs every penny to continue saving lives. We don’t want to lose it - Wiltshire needs it.

“Wiltshire Air Ambulance helps everyone. I never thought I would need it. You get up in the morning thinking the day is going to be a normal day but you just don’t know what will happen to you.”