The speed of Wiltshire Air Ambulance’s helicopter and skills of the charity’s critical care paramedics came to the rescue of Emily Aspin in July 2020.


On a warm evening Emily, from Chippenham, enjoyed a pub meal with her parents and husband-to-be Pete before cycling home.

However, loose gravel on the road caused Emily to skid and come off her bike when turning a corner. After landing on her head, she has no recollection of the incident happening, unlike Pete.

Pete recalled: “She was out of my sight for about three seconds and I had a sinking feeling in my stomach because I knew I’d go round the corner and find her.

“I could tell she was still breathing because she was almost snoring. She had fortuitously landed in the recovery position, but her face and arms were covered in cuts and scrapes…it looked like she had been dragged along the road.”

Within nine minutes of the 999 call being made, Wiltshire Air Ambulance landed near to the incident, allowing critical care paramedics Fred Thompson and Paul Rock to treat her.

They stabilised Emily before getting her on board the charity’s Bell 429 helicopter to be airlifted to Southmead Hospital in Bristol.

Pete says: “The land ambulance arrived first but almost immediately we heard the helicopter overhead. When the air ambulance paramedics got there it was like the special forces arriving, they took the whole situation by the scruff of the neck. It was just incredible.” 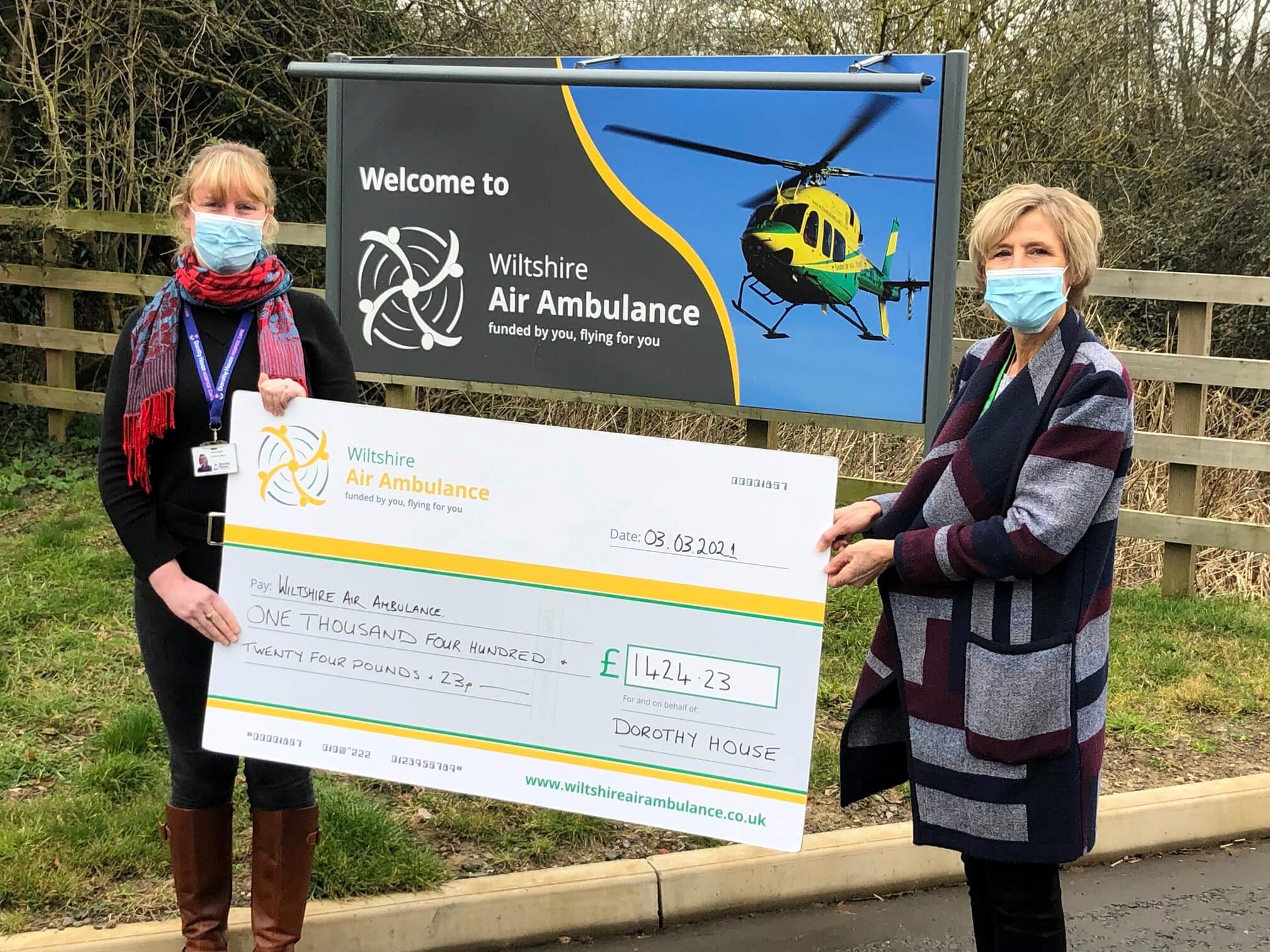 Emily had sustained a depressed fracture of her cheekbone, a double break in her neck and had a deep bleed on the brain with severe concussion. She spent six weeks in hospital, initially at Southmead before being moved to the Royal United Hospital in Bath.

Pete said: “She went in on the Saturday night and I came back at 8am on the Sunday morning and the professor of the HDU (high dependency unit) warned me that she probably wouldn’t make it.

“He said her brain injury was so severe that even if her body survived, she might not. It’s emotional thinking back to that conversation.”

For the next two and a half weeks Pete and Emily’s parents took it in turns to visit Emily’s bedside, owing to the Coronavirus restrictions about hospital visitors. It was a slow process, with Emily waking for just short periods of time and struggling with her memory.

Pete smiled: “I remember a phone call Emily had with her dad where she called him a ‘bounder’, which is a family thing, and it was at that point I realised Emily’s personality was back.”

Six weeks after the incident Emily finally left hospital to return home, albeit initially spending a fortnight with her retired parents, who were able to look after her full time.

“My memory isn’t the best,” says Emily. “I can’t remember things like TV programmes I’ve watched but that doesn’t affect my actual life. I had so many people coming to visit me, socially distanced, when we weren’t in lockdown.”

She’s since been able to return to her work as an events and community fundraiser for Dorothy House Hospice Care charity, as well as getting back on her bike again. 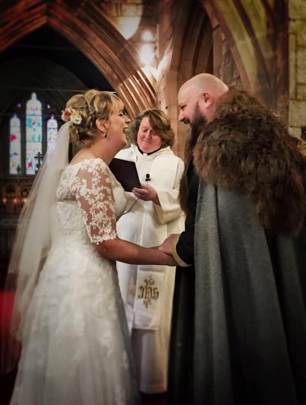 Emily has also taken the opportunity to tie the knot with Pete.

She explained: “We had a betrothal in 2019 where we had a full do for 300 people, as Pete’s divorce hadn’t come through. Whilst I was in hospital the divorce was completed and we said ‘let’s get married’, planning to do it a year to the day after the betrothal.

“Then at the end of October they announced a lockdown was coming in for November, so we decided at 16 hours’ notice to go and do it the following day. We had 15 people in attendance for the actual wedding, again owing to the restrictions.

“It’s been an incredible year really. It was my 40th birthday in November as well and everyone was asking ‘what do I want?’ but I said nothing, I’m just so happy to be alive.

“We’re just so thankful to Wiltshire Air Ambulance for what they did for me. We’ll be forever grateful.”