Why I became a paramedic

During the 2019/20 football season Swindon Town Football Club, along with primary sponsors Imagine Cruising, are sponsoring Wiltshire Air Ambulance trainee critical care paramedic Keith Mills to fund his training, medical equipment and uniform. In this blog, the first of a series, Keith talks about his background as a paramedic.

I got into medicine by complete accident. I was serving in the Royal Air Force (RAF) but after I lost an element of my high tone hearing in one ear I was offered retraining and I elected medicine.

I qualified as an NHS paramedic in 2004 while I was in the RAF and I did my NHS training in the Midlands.

I continued in military service as a paramedic on operations overseas.

When I left the RAF in 2012 I joined the ambulance service and I began working at Malmesbury Ambulance Station, both on a double crewed ambulance and a Rapid Response Vehicle (car).

Following that I worked out of Swindon Ambulance Station on a Rapid Response Vehicle. 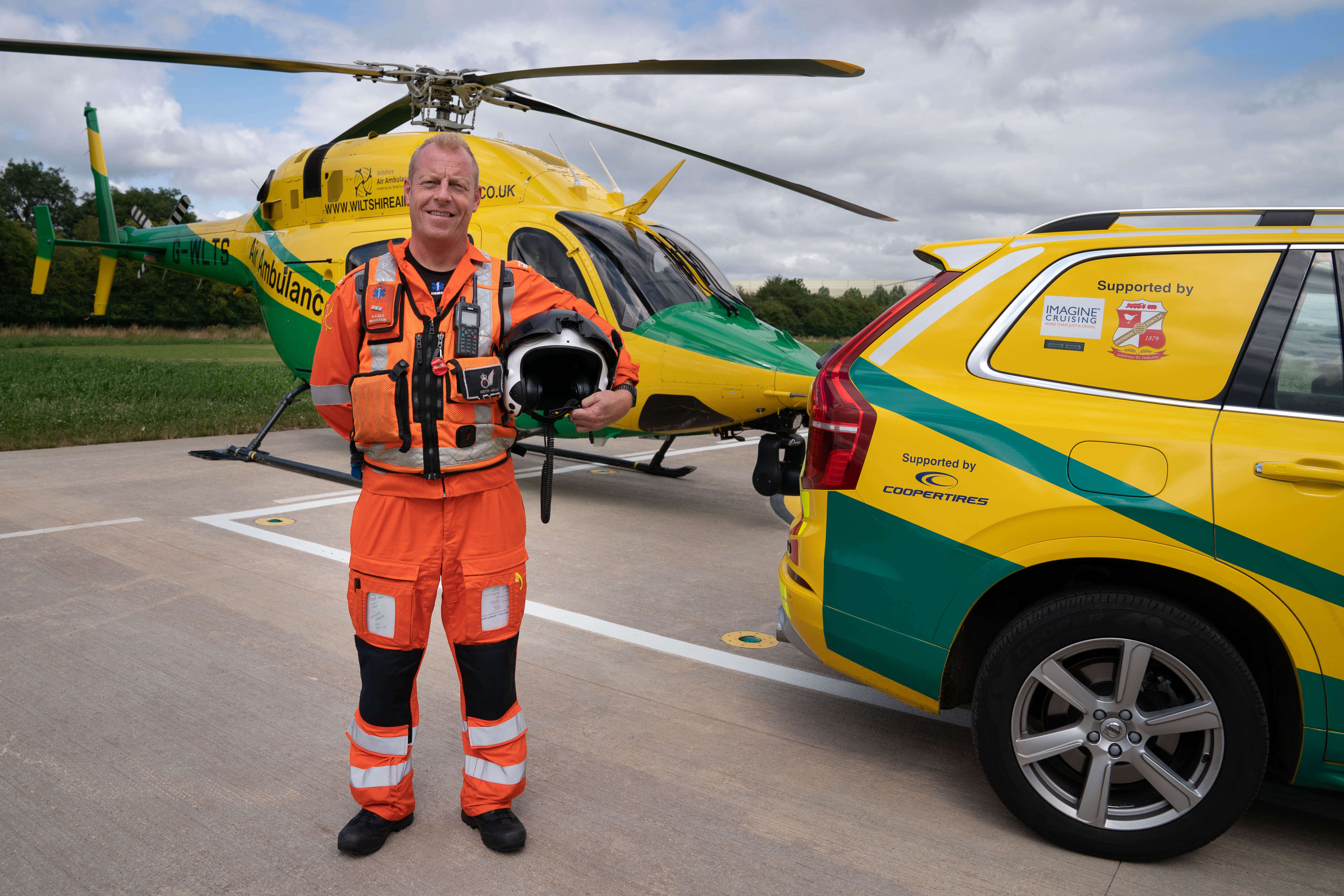 My links with Swindon Town Football Club go back to the 2013/14 and 2014/15 football seasons when I worked as a pitchside paramedic at the County Ground, which was a requirement of the Football Association.

I worked with the club’s physiotherapist to understand how the team and club operated and what I could bring in terms of clinical input.

We worked together on how we would immobilise and treat players who suffered high impact injuries, such as spinal injuries, head or concussion injuries and fractures.

The majority of the injuries I treated were aches and sprains, thankfully no severe head injuries. I also treated spectators who became unwell during games. It was a really enjoyable experience and a great atmosphere – especially when the Robins won!

I think to be a paramedic you need to have an element of empathy and wanting to help people.

What I find really satisfying is using my medical skills to make a difference to people in need. No patient is the same and no day is the same. Every patient poses their own challenges and I learn something every single day.

This keeps my drive and ambition to improve continually and strive to be the best at what I do.

In my next blog I’ll talk about joining Wiltshire Air Ambulance – my dream job.